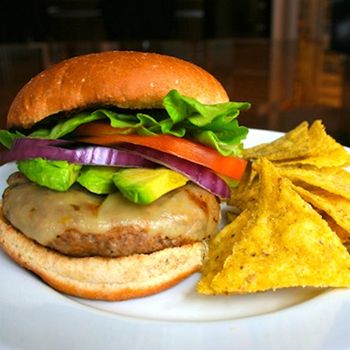 Combine turkey, Royito’s, Worcestershire sauce and cilantro in a bowl. Mix with your hands to combine and distribute all the ingredients evenly. Divide into four even balls and form them into patties about one-inch thick making them a little thicker on the edges than in the middle. Season the tops of the patties with half of the lemon pepper.

Heat oil in skillet and put two of the patties in, seasoned side down. You should hear a sizzle when you put them in. Season the other side with the lemon pepper and let these cook for about four minutes until a nice brown crust has formed on the outside. Flip them over and cook the other side for another three minutes.

Now turn the heat as low as possible, cover and let them cook through for another five minutes. For the last minute, top with cheese and let it melt. Remove from skillet and do the same with the other two burgers. Assemble how you wish and eat up! Serves four.